It is said that there are six hundred thousand spirits, and each spirit divides into several sparks. We need to understand how it is possible for the spiritual to be divided, for in the beginning, only one spirit was created, the spirit of First Adam, Adam Rishon.

According to my humble knowing, in truth, there is no more than one spirit, as it is said in (Genesis, 2:7), “He (the creator) blew into his/her nasal the spirit of life, and Adam became a living being/ soul.”  And the same spirit is present in all sons of Israel, in each one of them in completion as in Adam Rishon. The spiritual will not appear in divisions and partitions, which is rather a corporeal definition.

Yet, what is said is that there are six hundred thousand spirits and spirit’s sparks seem to be divided by the power of the corporeal body of each one. Meaning, at first, each body inhibits the full radiance of the spirit from the body, and by the power of Torah and Mitzva, the body purifies itself, and to the extent of its purification, by the same intensity, the common spirit shines upon him/her.

Therefore, two aspects were formed concerning the corporeal body: First, the feeling of one spirit as a separated unit of being, which does not comprehend that it is part of All Israel, and this is truly a flaw, and it causes, along with the above mentioned, the feeling of separation. A second aspect, is that the whole complete light of Israel’ spirit  does not shine upon him/her with all its illuminating power, but only partially according to the degree he/she has purified him/herself in respect to their return to the collective whole.

And the sign that the corporal has reformed, in completion, is the hour when the person feels his spirit presence within the whole of Israel, in each and all of them, and hence, he does not feel himself as a separated unit of self, for they are interdependent of each other. And then, he is wholesome with no blemish, and the spirit emanates upon him with all its glory and power, as it appeared in the First Adam, in accordance with the unseen law “He who blows, from itself blows.”

And that is the inner meaning of three periods in spirit evolution in Adam:

Subsequently, he approaches completion, in the concealment of the spirit’s whole, for his body has been purified and the whole of oneself is sanctified in HaVaYaH, and it does not create any division nor partitions as before, and he is wholly included in all Israel.

As we were taught, “Even if one person will approach his Creator in complete repentance, the King Messiah will come forth.” And it seems to mean, as they said (Song of Songs, 1), “Moses is equal to six hundred thousand.” There is a need to understand, for it appears to be twice six hundred thousand spirits — the spirit of Moses and Israel’s spirit.

Yet, in truth there is no more than one spirit that is revealed through the gates of each soul’s refinement and through its purification of its foulness. 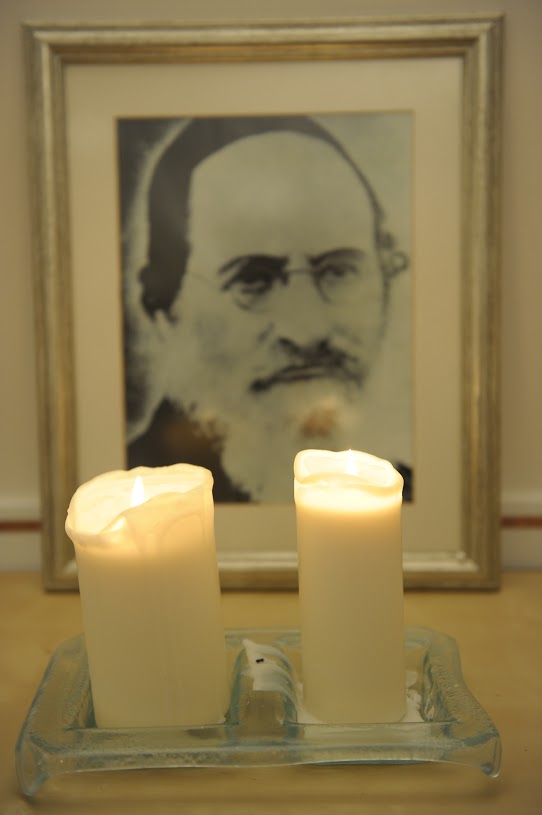 Hence, when all souls will reform, they will attract upon themselves the wholeness aspect of the supreme spirit of Atzilut, to each and every soul, for the spiritual is indivisible. “And then YEHOVA shall reign upon the entire earth.” (Zechariah, 14:9). Therefore, as long as one soul lacks completion in its purity, sacredness will be deficient in each and every soul of Israel, and more so, in the purification of one soul of Israel from all its foulness, it draws onto itself the wholeness of Azilut’ spirit’ and by her, all the souls of her generation will reform. And this is the core significance of mutuality, as it is written (Sanhedrin, 11), “He was worthy that the Divine (Schina) would be upon him, but his generation was unworthy.”

And the content of these words is bewildering, to the one who has complete attainment; since, the same spirit that has been rewarded purification, immediately strives to elevate the grace of the generation and to pray for them, until she elevates her entire generation to her attainment.

And that is the concealed meaning in “Moses is equal to six hundred thousand.” For he was their loyal shepherd, therefore he had the same (sacredness) Kedusha that was befitting of the whole generation, and understand.

And in truth, the whole is present in each part, for in the end finally, all souls will be united in one quality in the mystery of their return to their spiritual root. Hence, all of the miracles, bewilderments and journeys that came to pass on the world, in six thousand years, should pass on through each particular soul. And the good soul draws to itself all aspects of Kedusha (sacredness) that were before it and will be after it; and the wicked soul draws to itself the opposite.

And the changing time is coded/hidden in the expression, i.e.,   generation; yet, each generation is governed by its judge, the consciousness which judges it, in accordance with what is received from the Kedusha at that time.

Therefore, each soul is prepared to draw on to itself the spirit of Moses, Aaron, Samuel, David, and Solomon as related to the experiences that it passes.

Hence, at the time that one is rewarded by these wonders, then he receives into himself the bounty of the spirit in that same revelation, hence the name of the attainer of that revelation is actually upon him. And they said (Shabbat, 67; Baba Metzia, 113), “All Israel are sons of kings and also in Talmud, (Masechet Horaiot 3, 5) “A king that dies, all Israel are worthy of kingship.” And that is a great secret, for in all the previous generations, which were merely preparation for kingship, special vessels were required to draw upon themselves their judges, such as the spirit of Moses and Samuel. But the secret of the final purpose depends on the whole of Israel, since even if a tiny part of a small spark is missing, the end will not be able to reveal itself. Hence, all of Israel are worthy of kingship, for all are equal in that true respect.

Therefore, there is no special vessel for drawing forth that perfection, but anyone who refines and purifies his soul is to be worthy of drawing Malchut’s revelation into the world and will be named “King David”. And this is the meaning “David, King of Israel lives indeed,” for he has not died at all, and his vessel is present in each and every soul of Israel. This is not so with the spirit of Moses, which resides only in those who pursue wisdom in the generation, as well as in prophets and priests etc. And this is the secret that lies in the saying (Jerusalem Talmud; Masechet Horaiot, 3, 5) “A king that dies, all Israel are worthy of kingship.” And understand. And that is the secret that lies in “exempting the many by the one”.  And understand it in depth.

And this is the issue that is prompted in Sotah, 49:”At the time of the Messiah’s footstep insolence and audacity will multiply.  And a person shall act insolently against his friend, as a child against the old man and the base against the honorable.”

And will dare to draw His kingship into the world, as if he was one of the eldest and the dignitaries of the generation. For even the ignoble, meaning the one who has a lowly soul at its root— aims his heart and purifies his deeds to be worthy, he will be rewarded to draw the spirit of the holy nation of Israel, with all the wonders that the holy nation has tasted thus far. Since they were all but preparations for this wholeness.

Therefore, that particular soul is obliged to taste all, and he obtains his world in an hour, by the virtue of that generation to draw the crown of the Blessed One Kingship, which includes everything. (Berachot, 64; Baba Batra, 145). “And all are in need of the owner of the wheat”, and each singular part of it is needed. And understand.

And this is the meaning “even if one person will be awarded complete repentance, the King Messiah will come forth at once.” This means that whoever he might be, even if one person of that generation who will be able to draw upon himself that spirit, he will reward with it all his generation, since the ones who are obliged can exempt the many, and he could extend his prayers to stand in the breach until he rewards his entire generation.

This is not so with other kinds of redemptions, which were merely forms of preparations, which did not belong to each and every one. For example, the giving of the Torah belongs specifically to the desert generation and to Moses, and any other generation, even if they were more worthy, they would not be able to draw that aspect and neither any other person beside Moses, for it is interdependent.

However, Messiah’s aspect is ready for each and every generation and as a result of that, to each and every one is possible to draw the Messiah aspect, as was said: “All who are obliged in this can exempt the many” as mentioned above.

And the reason for that is that the issue of Messiah is Tikun Kelim (reformation of the vessels), and the portrayal of the vessels as equal, since any division in them is only in their HaBaD, by their character quality. Hence, “from the minister who sees the King’s face to the one who sits behind the grindstone, all are equal servants in restoration of old glory, and in that, there are no ranks to be found between one to another.